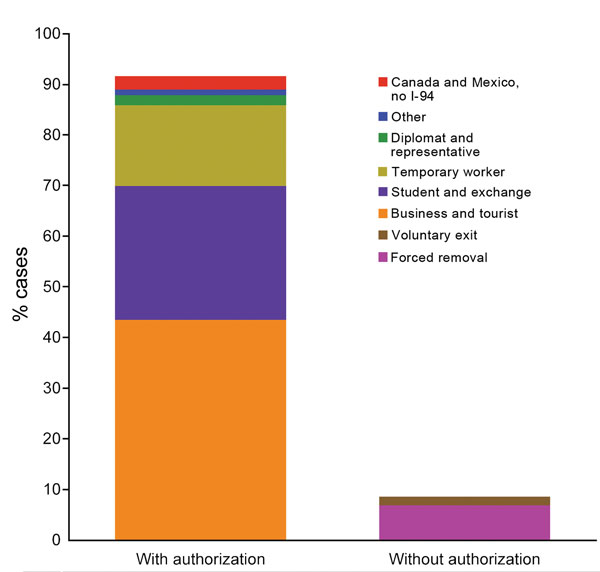 Figure. Estimated percentage of incident tuberculosis cases among authorized and unauthorized visitors to the United States who were at risk for treatment interruption due to voluntary or involuntary departure from the country, 2008–2012. Key indicates subgroups of visitors by visa status.

1Preliminary results from this study were presented at the joint The Union–North America Region and the National Tuberculosis Controllers Association meeting, February 24–27, 2016, Denver, Colorado, USA.