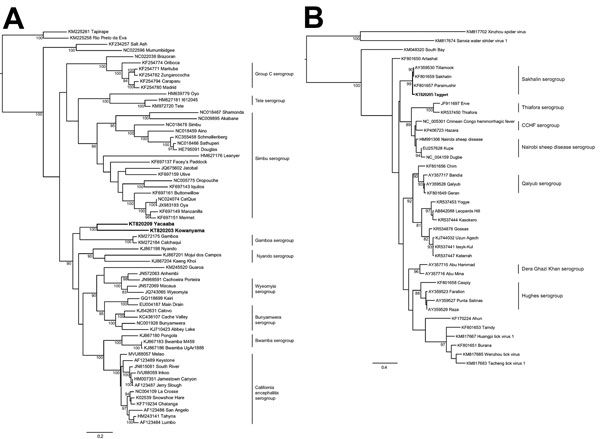 Figure 4. Phylogenetic trees including bunyaviruses from Australia. A) Relationship of Kowanyama and Yacaaba viruses (both in boldface) to other orthobunyaviruses constructed by using the predicted open reading frame sequence of the glycoprotein with a maximum-likelihood model. B) Relationship of Taggert virus (boldface) to other nairoviruses demonstrated by using the predicted open reading frame of a short fragment of the large segment (<450 nt) and a maximum-likelihood model. Virus serologic and genetic groups are shown to the right in each panel. Bootstrap values are shown as a percentage of 1,000 replicates. GenBank accession numbers are shown. CCHF, Crimean-Congo hemorrhagic fever. Scale bars indicate amino acid substitutions per site.