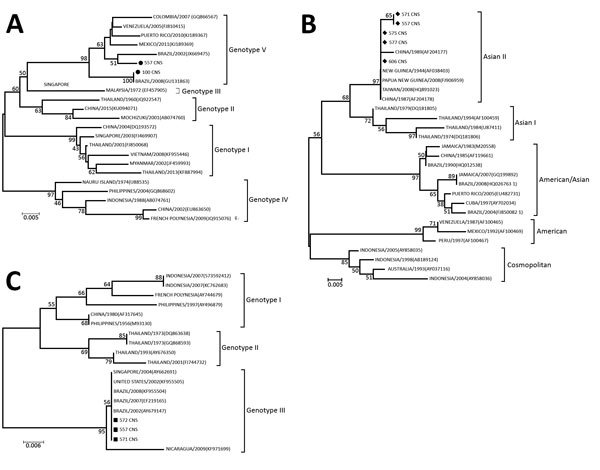 Figure. Phylogenetic tree of dengue virus (DENV) isolates obtained from children with meningitis during dengue epidemics, Brazil, 2014–15. A) DENV-1; B) DENV-2; C) DENV-3. The neighbor-joining tree was constructed based on the partial NS5 gene sequences. Sequences from this study (black circles in panel A, diamonds in panel B, squares in panel C) were compared with sequences retrieved from GenBank (accession numbers shown in parentheses). Scale bars indicate nucleotide substitutions per site.