We compared extended-spectrum β-lactamase–producing Escherichia coli isolates from meat and fish, gut-colonized women, and infected patients in Cambodia. Nearly half of isolates from women were phylogenetically related to food-origin isolates; a subset had identical multilocus sequence types, extended-spectrum β-lactamase types, and antimicrobial resistance patterns. Eating sun-dried poultry may be an exposure route.

In Europe, evidence for the spread of extended-spectrum β-lactamase (ESBL)–producing Escherichia coli from animals to humans via food is unclear (1). Few studies have been conducted in low- and middle-income countries, where colonization rates can exceed 60% (2). High ESBL colonization rates in low- and middle-income countries such as Cambodia are usually attributed to unrestricted consumer access to and hospital overuse of third-generation cephalosporins (3,4). However, antimicrobial drugs in classes critical for human health (e.g., β-lactams, macrolides, aminoglycosides, polymyxins) are increasingly being used in food animals (5). In Cambodia, weak public health protections and consumption of undercooked animal products could exacerbate the spread of ESBL-producing E. coli or ESBL genes from animals to humans.

We also selected ESBL-producing E. coli from 88 recently pregnant healthy women living in Steung Meanchey and participating in the Bacterial Infections and antibiotic Resistant Diseases among Young children in low-income countries (BIRDY) program, a surveillance program of bacterial infections among young children in low- and middle-income countries (6). During September 2015–December 2016, ESBL-producing E. coli isolates were cultured from rectal swabs or fecal samples collected at or just after delivery (Appendix Table 3). 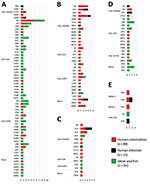 Figure 2. Genomic comparisons of extended-spectrum β-lactamase (ESBL)–producing Escherichia coli from humans, fish, pork, and chicken from Cambodia and differences in human colonization isolates by phylogenetic clan. All isolates were phenotypically resistant to...

Our genomic and epidemiologic findings suggest that ESBL-producing E. coli that contaminates meat and fish in Phnom Penh may be disseminating to the community. ESBL-producing E. coli were highly prevalent among the meat and fish we sampled. More than 80% of food-origin isolates were amphenicol resistant, and two thirds produced CTX-M-55. When food-origin isolates were compared with human-origin isolates, ≈40% of ESBL-producing E.coli from healthy persons grouped into the same phylogenetic clans that comprised most food-origin isolates. Approximately half of these colonization isolates had MLSTs detected among food, and a substantial portion were more likely to produce CTX-M-55 and be amphenicol resistant than colonization isolates that grouped separately. The fact that chloramphenicol has not been used in human medicine for almost 20 years in Cambodia, yet chloramphenicol analogs (e.g., florfenicol, thiamphenicol) are administered to food animals (5,7), suggests a food origin for these colonizing isolates.

Healthy women colonized with amphenicol-resistant ESBL-producing E. coli were more likely to eat poultry meat prepared by sun drying, a process that may not eliminate bacteria (8). Although we did not test dried meat samples for ESBL-producing E. coli contamination, our finding is consistent with those of other studies (8,9). Women reported having prepared dried poultry at home. Especially in low-resource households, sun-dried meat may become cross-contaminated by raw meat, dust, animals, and flies (8).

Our findings are concerning because of growing interest in using chloramphenicol as a drug of last resort for panresistant strains of bacteria (10). In the early 2000s, the Cambodia government stopped purchasing chloramphenicol because of concerns about side effects. Since restriction of this drug, infections in the hospital setting have reverted to a chloramphenicol-susceptible phenotype (11). Nevertheless, our findings suggest that amphenicol resistance genes are circulating in the community, potentially because amphenicol use in food animals has selected for resistant bacteria that can spread to humans (12). This possibility is concerning because physicians in Cambodia are often unable to assess the resistance of infectious agents before prescribing antimicrobial drugs (4).

Our study had several limitations. First, for logistical reasons, we sampled meat and fish during only 1 season. Contamination rates may have differed had we sampled across seasons (13). Second, although we included colonization samples from healthy women, all women had recently given birth in healthcare settings. However, more than half were colonized with ESBL-producing E. coli phylo-types A and B1, supporting community-associated, rather than healthcare-associated, acquisition. Third, we were unable to include clinical isolates from the same population that contributed colonization isolates. Thus, differences in colonization and clinical isolates could have resulted from population differences. Fourth, we did not sample food animals, which could have helped confirm that CTX-M-55–type and amphenicol-resistant ESBL-producing E. coli circulate among them. Last, we did not investigate additional potential pathways for ESBL-producing E. coli transmission to colonized women, such as contact with persons employed at farms or slaughterhouses or proximity to such operations.

This study, which integrated epidemiologic and genomic methods to characterize community, clinical, and environmental data, supports concerns that the dissemination of antimicrobial drug–resistant bacteria from food animals to humans may be more likely in low- and middle-income countries (14,15). This finding is concerning because meat consumption is projected to drastically increase in these countries, and animal production that relies on routine antimicrobial drug use is being promoted to meet this demand (14). Particularly for low- and middle-income countries such as Cambodia, implementation of multisectoral strategies to combat antimicrobial resistance from a One Health perspective must be supported, and food safety should be prioritized.

Dr. Nadimpalli is a postdoctoral research scientist at the Institut Pasteur. She is interested in using genomic and epidemiologic approaches to understand how exposures to animals and the environment can affect human colonization and infection with antimicrobial-resistant bacteria.

We thank Kruy Sun Lay for assistance with field study design and implementation; Moul Chanta for collection of meat samples and questionnaire administration; Yem Chailly for questionnaire administration to BIRDY-enrolled women; Sem Nita and Magali Ravel for assistance with laboratory analyses; and all physicians, laboratory staff, field interviewers, and community workers involved in the project. We also thank the Plateforme de Microbiologie Mutualisée of the Pasteur International Bioresources Network from the Institut Pasteur of Paris for genomic sequencing. We are grateful to all women participating in the BIRDY program.

This work was supported by the Dennis and Mireille Gillings Foundation, the US Pasteur Foundation, MSD Avenir, the Monaco Department of International Cooperation, and the Institut Pasteur. The funders had no role in study design, data collection and analysis, decision to publish, or preparation of the manuscript.

2Additional members of the BIRDY study group are listed at the end of this article.