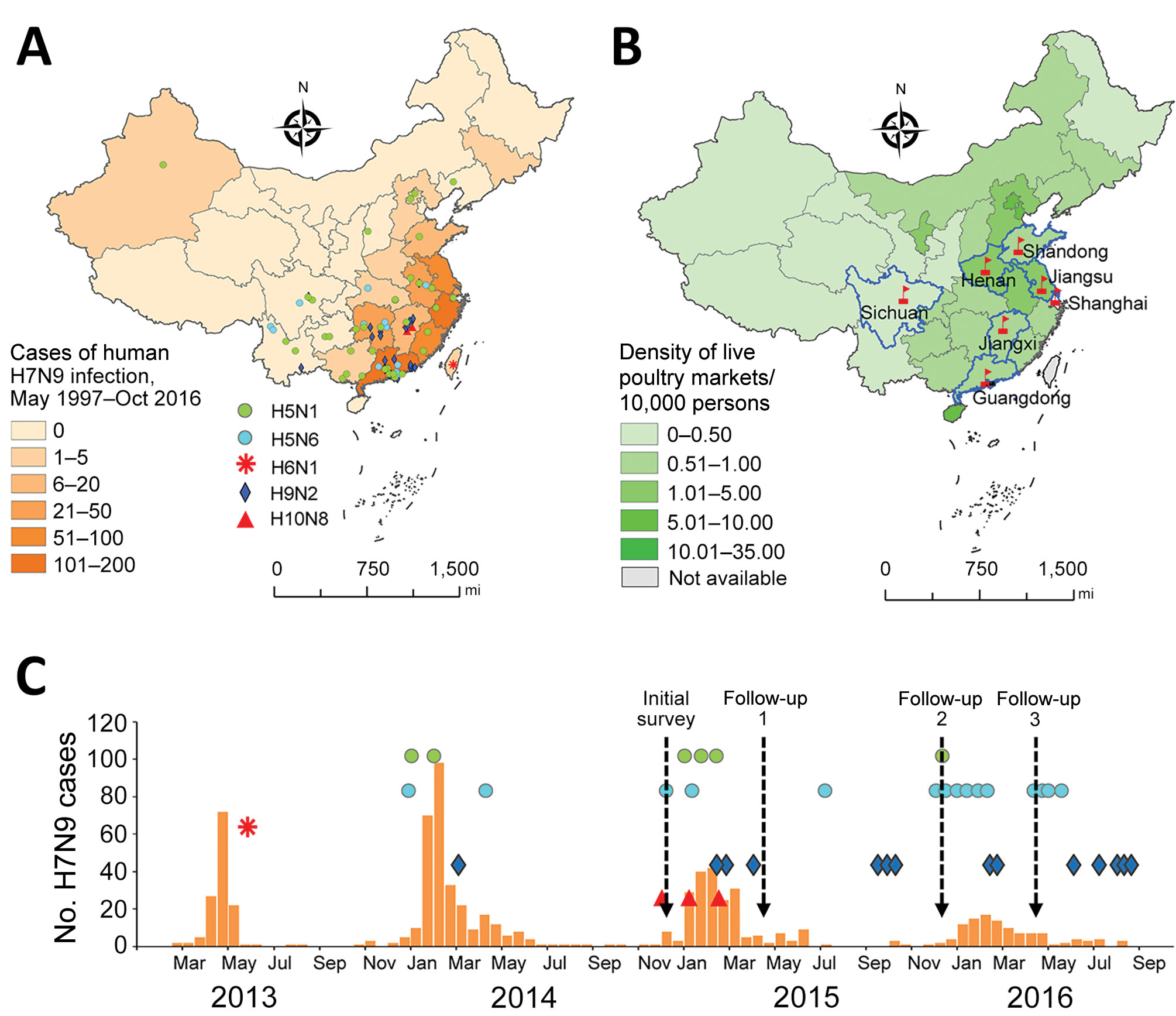 Figure 1. Temporal and spatial distribution of human infections with avian influenza A virus subtypes before and during serosurveillance, China. A) Geographic distribution of avian influenza A(H7N9) virus infection among humans in China during May 1997–October 2016. The number of case-patients in each province is based on data published by the World Health Organization and the National Health (https://www.who.int/influenza/human_animal_interface/avian_influenza/archive/en/) and Family Planning Commission of the Republic of China (http://www.nhc.gov.cn/jkj/s2907/new_list.shtml?tdsourcetag=s_pcqq_aiomsg). Density of shading represents the number of reported avian influenza H7N9 cases in humans in each province. Cases of other AIV subtype infections are represented by other symbols. B) Density of live poultry markets per 10,000 persons in each province included in the study, from data collected during 2013–2014. Red flags indicate locations of poultry markets selected for the serosurveillance study. C) Distribution of biweekly cases of human H7N9 infection before and during serosurveillance study. Orange bars indicate the number of biweekly cases of human H7N9 infection. Dashed lines indicate initial survey and follow-up dates for serosurveys, which were conducted before and after the third and fourth wave H7N9 epidemics. Reported cases of H5N1, H5N6, H6N1, H9N2, and H10N8 infection are noted with symbols as in panel A. AIV, avian influenza virus.