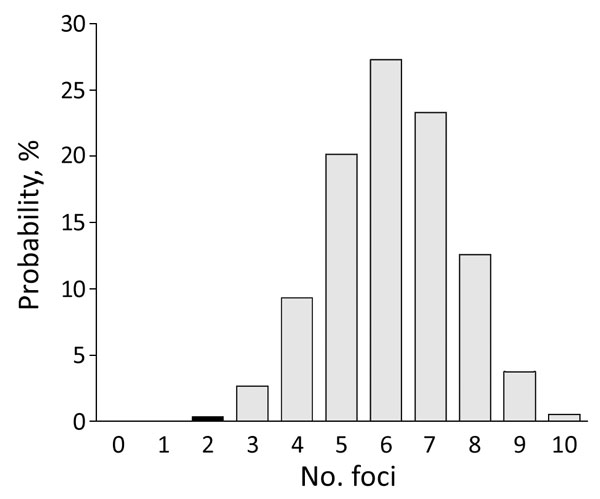 Figure 2. Probability distribution of number of potential foci containing tick-borne encephalitis virus expected to be detected during 2017 if only 297 of 590 roe deer samples had been submitted for testing, the Netherlands. Black column indicates the probability corresponding to the number of foci detected during the retrospective study of 297 samples obtained during 2010.