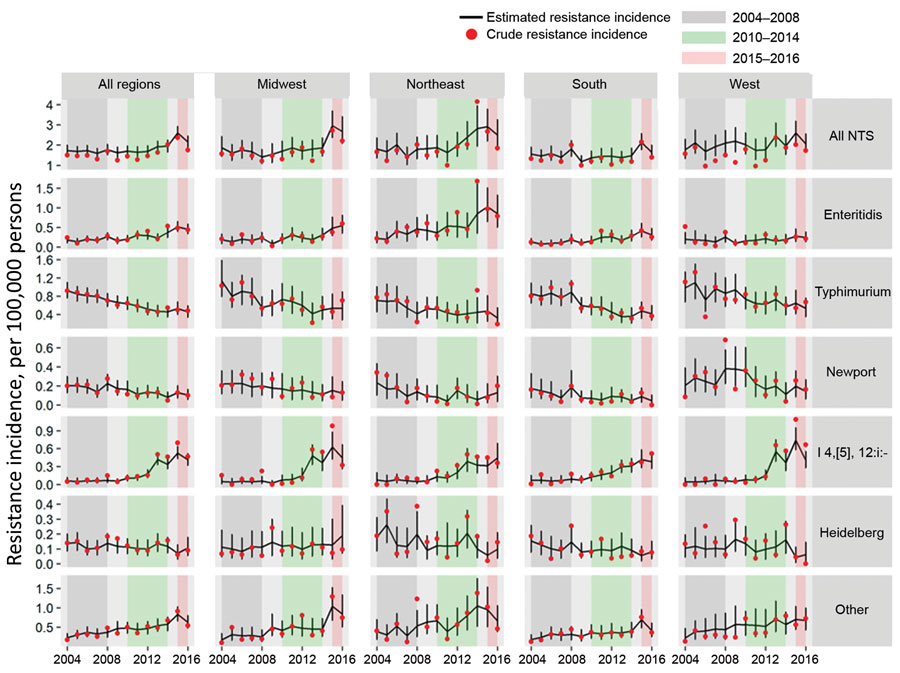 Figure 1. Estimated annual incidence of culture-confirmed nontyphoidal Salmonella infections with any clinically important resistance, by serotype and region, United States, 2004–2016. Estimated changes in resistance incidence (mean and 95% credible intervals of the posterior differences per 100,000 persons per year) were derived using Bayesian hierarchical models. Crude resistance incidence rates were derived by multiplying infection incidence and resistance proportion for state-year. Any clinically important resistance was defined as resistant to ceftriaxone, resistant to ampicillin, or ciprofloxacin nonsusceptible. The “other” category comprised serotypes other than Enteritidis, Typhimurium, Newport, I 4,[5],12:i:-, and Heidelberg. US Census regions were used to define 4 geographic regions. NTS, all nontyphoidal Salmonella serotypes.

Page created: April 30, 2021
Page updated: May 18, 2021
Page reviewed: May 18, 2021
The conclusions, findings, and opinions expressed by authors contributing to this journal do not necessarily reflect the official position of the U.S. Department of Health and Human Services, the Public Health Service, the Centers for Disease Control and Prevention, or the authors' affiliated institutions. Use of trade names is for identification only and does not imply endorsement by any of the groups named above.