We detected Histoplasma capsulatum in soil and penguin excreta in the Antarctic Peninsula by sequencing after performing species-specific PCR, confirming previous observations that this pathogen occurs more broadly than suspected. This finding highlights the need for surveillance of emerging agents of systemic mycoses and their transmission among regions, animals, and humans in Antarctica.

Histoplasma capsulatum is a dimorphic fungus of the order Onygenales, which can cause systemic mycosis when inhaled (1). The filamentous phase of the fungus usually inhabits environments rich in phosphate and nitrogenous compounds, typically coming primarily from bird or bat droppings. Human intervention and other disturbances to those environments promote dispersion of fungal propagules (spores) in the air, which enables the inhalation of infectious particles (2). This pathogen has a wide variety of hosts in addition to humans, and its close relationship with vertebrates suggests that birds and mammals can play a crucial role in the dispersal of the members of this species complex (3).

Histoplasmosis occurs worldwide; prevalence varies from low in Europe and Oceania to moderate in Africa and South Asia to high in North America, Central America, and South America. Among areas where it is most prevalent, Latin America is the region with the largest number of cases (3).

Antarctica is the most isolated and inhospitable continent on the planet. Over the past 2 decades, however, the intensity of human activity has continued to increase, driven by not just explorers but also scientific researchers, station support personnel, fishers, whalers, and, more recently, tourists. These increased human activities have a substantial effect on all life forms in Antarctica, transporting nonindigenous species to the continent and exporting endemic and autochthones species to other continents, including human, animal and plant pathogenic fungi (6,7). However, pathogenic fungi are rarely explored in the Antarctic setting (8), and their effect on visitors to Antarctica and on the human populations in other continents is underinvestigated. This study describes the molecular detection of H. capsulatum in soil and penguin excreta in the Antarctic Peninsula.

We collected environmental samples in the Potter Peninsula, an Antarctic Special Protected Area located in King George Island, during the summer of 2020 (Figure 1). In total, we collected 9 samples of penguin excreta, 3 samples of fur seal feces, and 8 samples of superficial soil using sterile material and kept them at 2°C–8°C until analysis.

We extracted DNA from the environmental samples and monitored crossover contamination by including 1 sterile water sample at every set (Appendix). We performed nested PCR twice for all samples, using methods specific for the detection and identification of H. capsulatum DNA according to Bialek et al. (9). To check for the presence of PCR inhibitors and to avoid false-negative results, we used H. capsulatum reference strain G217B as positive control. Sequence analysis detected H. capsulatum in 2 of 8 soil samples and in 3 of 9 samples from penguin excreta (Appendix Figure).

We submitted the 5 sequences we detected to GenBank (accession nos. MZ713369–73) and compared them with other H. capsulatum sequences. This comparison generated an identity of >98.56% (100% cover) with the deposited sequences of the 100-kDa-like protein gene from H. capsulatum and 85% similarity with the sequence of a transcription factor of Blastomyces dermatitidis SLH14081 and B. gilchristii SLH14081 (GenBank accession nos. XM_045419905 and XM_002628281.2). 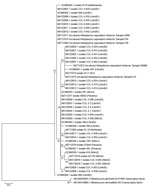 Figure 2. Phylogenetic tree based on the 100-kDa–like protein partial gene sequences of Histoplasma capsulatumfrom Antarctica. The evolutionary history was inferred by using the maximum-likelihood method in in MEGA X...

Moderate temperatures (18°C–28°C), constant humidity (>60%), and a low light environment are thought to characterize suitable ecologic conditions for H. capsulatum growth (10). Despite the average temperature in Antarctica being below that recognized as ideal for the growth of the fungus, the molecular identification of H. capsulatum in 5 of 20 samples collected in Antarctica suggests this species complex could survive at lower temperatures.

Although molecular detection of the fungus does not guarantee its viability, this area of Antarctica is part of an Antarctic Special Protected Area and experiences strong influence of avifauna during the summer period, as well as being host to bird colonies, sea mammal breeding areas, and diverse plant species. Consequently, the soil has high levels of potassium, nitrogen, calcium, and total organic carbon (11), which are good conditions for fungal growth. Ideally, H. capsulatum should be isolated for complete phenotypic and genotypic study, but it is a slow-growth fungus, and its growth is overtaken by fast-growing fungi. Animal inoculation is often used to recover H. capsulatum, but it demands a Biosafety Level 3 facility, which was not available to us.

The molecular detection of H. capsulatum in penguin excreta and ornithogenic soil samples leads us to consider the possibility that the fungus could have been imported from outside the continent by migratory birds. Birds are the only terrestrial vertebrates that share with humans the peculiarity of traveling in a few hours across national and intercontinental borders (12). During migration, birds have the potential to disperse microorganisms that can be dangerous to humans and a threat to animals (13). The fact that high densities of cosmopolitan fungi were found in winter seasonal snow suggests those fungi might be present in air arriving at the Antarctica Peninsula (14). Another possibility could be human intervention in the region. Alien microbes, fungi, plants, and animals have arrived over approximately the previous 2 centuries, coinciding with human activity in Antarctica (6).

The differentiation of the 7 phylogenetic species in the complex could not be performed with the genetic marker used in this study. However, we detected different haplotypes that grouped with some of those geographically distinct phylogenetic species, suggesting dispersion of the fungus on multiple occasions and, perhaps, indicating adaptation on its way to becoming endemic to the Antarctic Peninsula. The detection of H. capsulatum genetically close to representative strains of the Latin American lineages (LAmA2/LAmB1) in Antarctica represents not only the geological history of the continent with South America but the complex dynamics of soil formation and presence of fauna and flora that enable adequate conditions for its maintenance.

This study evaluated a small geographic area of the peninsula, but it has already demonstrated that H. capsulatum occurs more broadly than previously suspected (15). Considering the capacity of the species to cause life-threatening epidemics and the intensifying human presence on the continent, identifying and monitoring fungi in various Antarctic habitats and animals becomes a fundamental strategy for surveilling emerging systemic mycoses and the flow of these agents between regions, animals, and humans.

Mr. Machado Moreira is a PhD student in the postgraduate program in Tropical Medicine at Instituto Oswaldo Cruz, Fiocruz. His primary research interests are polyphasic taxonomy, phylogeny, and diagnosis of invasive fungal infections.

This project was partially funded by CNPQ/MCTIC/CAPES/FNDCT Nº 21/2018–PROANTAR (442646/2018-6) and Inova Fiocruz/Fundação Oswaldo Cruz (project no. 4720463444). The funders had no role in study design, data collection and interpretation, or the decision to submit the work for publication.

We are eternally grateful to the late Dr. Bodo Wanke for the opportunity to start this project, for his help on designing the study, and mentoring. He will be missed.

Page created: August 25, 2022
Page updated: September 21, 2022
Page reviewed: September 21, 2022
The conclusions, findings, and opinions expressed by authors contributing to this journal do not necessarily reflect the official position of the U.S. Department of Health and Human Services, the Public Health Service, the Centers for Disease Control and Prevention, or the authors' affiliated institutions. Use of trade names is for identification only and does not imply endorsement by any of the groups named above.