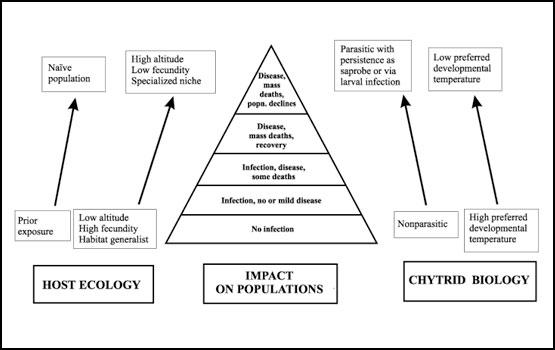 Figure 3. Diagrammatic representation of the range of disease outcomes in populations of amphibians affected by a Batrachochytrium-like pathogen. Factors that hypothetically predispose some amphibian populations to declines are illustrated. In this model, host ecologic traits (left side of pyramid) and parasite biologic traits (right side of pyramid) combine to produce declines in a specific group of amphibian species that have low fecundity, are stream-breeding habitat specialists, and occur in montane regions. These characteristics predispose them to population declines after introduction of a waterborne pathogen with a low preferred developmental temperature and ability to persist at low host population densities.1

1Note that the relative number of mass death events decreases with increasing impact on population.