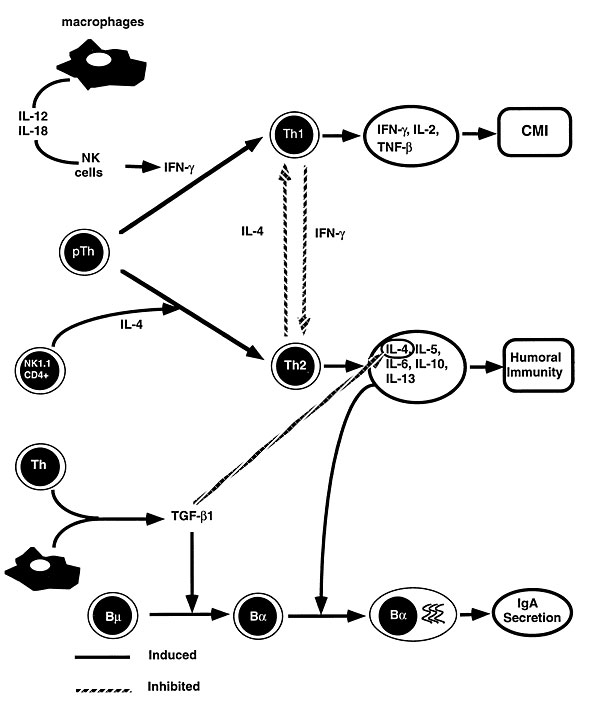 Figure 2. Differentiation and regulation of T-helper subsets and the immune response in the mucosal compartments. Encounter of pathogen-derived antigen or vaccine antigen will stimulate T-helper cells to secrete cytokines. Depending on the stimulus, a Th1 or Th2 cell response is induced. For example, intracellular pathogens will induce production of IL-12/IL-18 by macrophages, activating IFN-gð production by NK cells and inducing differentiation to a Th1-mediated immune response, which supports CMI and production of complement-fixing antibodies, presumably by production of cytokines such as IFN-gð, IL-2, and TNF-bð. A Th2 response can be observed upon infection with parasites or upon vaccine administration; this response is characterized by production of cytokines such as IL-4, IL-5, IL-6, IL-10, IL-13 which support humoral immunity. However, for induction of a S-IgA, TGF-bð1 is required to enable B cells to switch to IgA. TGF-bð1 production is associated with inhibition of IL-4 production by Th2 cells inhibiting IgE production.