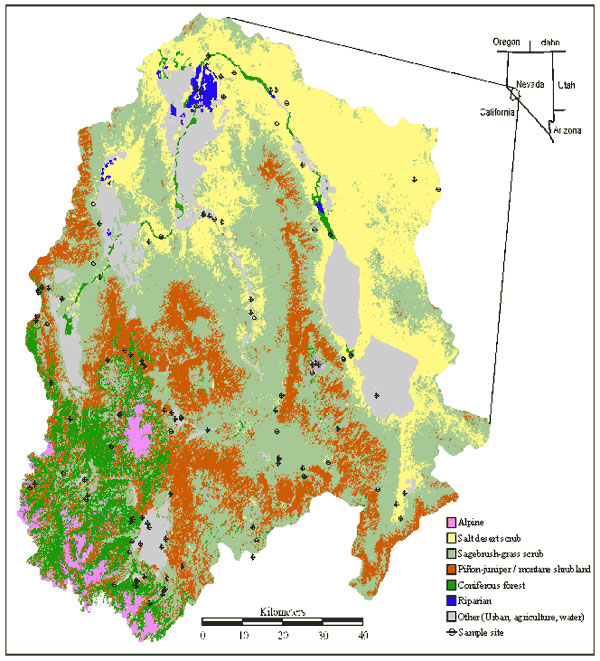 Figure 1. Location of Walker River Basin (17) and its eight major vegetation types, as well as developed areas. Piñon-juniper woodland and montane shrubland tend to be highly interspersed and were combined for visual clarity. Because meadows occurred in very small patches, they could not be represented on this map. Map generated at Utah State University as part of the GAP conservation mapping project.