Pigs have long been considered potential intermediate hosts in which avian influenza viruses can adapt to humans. To determine whether this potential exists for pigs in Indonesia, we conducted surveillance during 2005–2009. We found that 52 pigs in 4 provinces were infected during 2005–2007 but not 2008–2009. Phylogenetic analysis showed that the viruses had been introduced into the pig population in Indonesia on at least 3 occasions. One isolate had acquired the ability to recognize a human-type receptor. No infected pig had influenza-like symptoms, indicating that influenza A (H5N1) viruses can replicate undetected for prolonged periods, facilitating avian virus adaptation to mammalian hosts. Our data suggest that pigs are at risk for infection during outbreaks of influenza virus A (H5N1) and can serve as intermediate hosts in which this avian virus can adapt to mammals.

Because many infectious diseases are emerging in animals in low-income and middle-income countries, surveillance of animal health in these areas may be needed for forecasting disease risks to humans. We present an overview of a mobile phone–based frontline surveillance system developed and implemented in Sri Lanka. Field veterinarians reported animal health information by using mobile phones. Submissions increased steadily over 9 months, with ≈4,000 interactions between field veterinarians and reports on the animal population received by the system. Development of human resources and increased communication between local stakeholders (groups and persons whose actions are affected by emerging infectious diseases and animal health) were instrumental for successful implementation. The primary lesson learned was that mobile phone–based surveillance of animal populations is acceptable and feasible in lower-resource settings. However, any system implementation plan must consider the time needed to garner support for novel surveillance methods among users and stakeholders.

Surveillance of rubella in England and Wales has included immunoglobulin M testing of oral (crevicular) fluid from reported case-patients since 1994. The need for laboratory confirmation to monitor rubella elimination is emphasized by poor sensitivity (51%, 95% confidence interval 48.9%–54.0%) and specificity (55%, 95% confidence interval 53.7%–55.6%) of the clinical case definition. During 1999–2008, oral fluid from 11,709 (84%) of 13,952 reported case-patients was tested; 143 (1.0%) cases were confirmed and 11,566 (99%) were discarded (annual investigation and discard rate of clinically suspected rubella cases was 2,208/100,000 population). Incidence of confirmed rubella increased from 0.50 to 0.77/1 million population when oral fluid testing was included. Oral fluid tests confirmed that cases were more likely to be in older, unvaccinated men. Testing of oral fluid has improved ascertainment of confirmed rubella in children and men and provided additional information for assessing UK progress toward the World Health Organization elimination goal.

To determine the outbreak source of monkeypox virus (MPXV) infections in Unity State, Sudan, in November 2005, we conducted a retrospective investigation. MPXV was identified in a sub-Sahelian savannah environment. Three case notification categories were used: suspected, probable, and confirmed. Molecular, virologic, and serologic assays were used to test blood specimens, vesicular swabs, and crust specimens obtained from symptomatic and recovering persons. Ten laboratory-confirmed cases and 9 probable cases of MPXV were reported during September–December 2005; no deaths occurred. Human-to-human transmission up to 5 generations was described. Our investigation could not fully determine the source of the outbreak. Preliminary data indicate that the MPXV strain isolated during this outbreak was a novel virus belonging to the Congo Basin clade. Our results indicate that MPXV should be considered endemic to the wetland areas of Unity State. This finding will enhance understanding of the ecologic niche for this virus.

Therapeutic drug monitoring may be useful in tuberculosis management, but programmatic implementation is understudied. We performed a retrospective cohort study to determine prevalence of lower than expected levels of isoniazid, rifampin, ethambutol, and pyrazinamide measured at time of estimated peak serum concentration. Patients were tested for serum concentration at 2 hours after medication administration. When patients were tested, 22 had concentrations lower than expected range for rifampin, 23 of 39 patients had low levels of isoniazid, and 8 of 26 patients had low levels of ethambutol; all 20 patients tested for pyrazinamide were within expected range. Over 26 months, 42 patients met criteria for slow response. Diabetes was associated with slow response (p<0.001), and persons with diabetes were more likely than persons without diabetes to have low rifampin levels (p = 0.03). Dosage adjustment of rifampin was more likely to elevate serum concentration to the target range than adjustment of isoniazid given in daily doses (p = 0.01).

We analyzed the effectiveness of personal protective equipment and oseltamivir use during the 2003 avian influenza A (H7N7) epidemic in the Netherlands by linking databases containing information about farm visits, human infections, and use of oseltamivir and personal protective equipment. Using a stringent case definition, based on self-reported conjunctivitis combined with a positive hemagglutination-inhibition assay, we found that prophylactic treatment with oseltamivir significantly reduced the risk for infection per farm visit from 0.145 (95% confidence interval [CI] 0.078–0.233) to 0.031 (95% CI 0.008–0.073). The protective effect was ≈79% (95% CI 40%–97%). These results are comparable with the reported effect of prophylactic treatment with oseltamivir on human seasonal influenza. No significant protective effect was found for use of respirators or safety glasses, possibly because of limitations of the data.

Bloodstream infections (BSIs) are a major cause of illness in HIV-infected persons. To evaluate prevalence of and risk factors for BSIs in 2,009 HIV-infected outpatients in Cambodia, Thailand, and Vietnam, we performed a single Myco/F Lytic blood culture. Fifty-eight (2.9%) had a clinically significant BSI (i.e., a blood culture positive for an organism known to be a pathogen). Mycobacterium tuberculosis accounted for 31 (54%) of all BSIs, followed by fungi (13 [22%]) and bacteria (9 [16%]). Of patients for whom data were recorded about antiretroviral therapy, 0 of 119 who had received antiretroviral therapy for >14 days had a BSI, compared with 3% of 1,801 patients who had not. In multivariate analysis, factors consistently associated with BSI were fever, low CD4+ T-lymphocyte count, abnormalities on chest radiograph, and signs or symptoms of abdominal illness. For HIV-infected outpatients with these risk factors, clinicians should place their highest priority on diagnosing tuberculosis.

Nontuberculous mycobacteria (NTM) disease is a notifiable condition in Queensland, Australia. Mycobacterial isolates that require species identification are forwarded to the Queensland Mycobacterial Reference Laboratory, providing a central opportunity to capture statewide data on the epidemiology of NTM disease. We compared isolates obtained in 1999 and 2005 and used data from the Queensland notification scheme to report the clinical relevance of these isolates. The incidence of notified cases of clinically significant pulmonary disease rose from 2.2 (1999) to 3.2 (2005) per 100,000 population. The pattern of disease has changed from predominantly cavitary disease in middle-aged men who smoke to fibronodular disease in elderly women. Mycobacterium intracellulare is the main pathogen associated with the increase in isolates speciated in Queensland.

Infection source can determine cost-effective public health interventions. To quantify risk of acquiring Toxoplasma gondii from environmental sources versus from meat, we examined serum from pregnant women in Chile. Because 43% had oocyst-specific antibodies, we conclude that contaminated meat remains the primary source of infection but that environmental sources also pose substantial risk.

We report a case of Lassa fever in a US traveler who visited rural Liberia, became ill while in country, sought medical care upon return to the United States, and subsequently had his illness laboratory confirmed. The patient recovered with supportive therapy. No secondary cases occurred.

A case–control study of 1,466 urban adults in Ghana found that patients with type 2 diabetes mellitus had a 46% increased risk for infection with Plasmodium falciparum. Increase in diabetes mellitus prevalence may put more persons at risk for malaria infection.

Plasmodium falciparum malaria developed in an African-born traveler who returned to Canada after visiting Nigeria. While there, she took artesunate prophylactically. Isolates had an elevated 50% inhibitory concentration to artemisinin, artesunate, and artemether, compared with that of other African isolates. Inappropriate use of artemisinin derivatives can reduce P. falciparum susceptibility.

We describe a case series of 17 patients hospitalized in Manaus (western Brazilian Amazon) with PCR-confirmed Plasmodium vivax infection who were treated with chloroquine and primaquine. The major complications were jaundice and severe anemia. No in vivo chloroquine resistance was detected. These data help characterize the clinical profile of severe P. vivax malaria in Latin America.

Erythema migrans is the skin manifestation of Lyme disease and southern tick-associated rash illness. Neither disease is found in the Caribbean. We report 4 cases of erythema migrans of a possible emerging clinical entity, Caribbean erythma migrans–like illness.

Co-infection with seasonal influenza A (H1N1) and pandemic (H1N1) 2009 could result in reassortant viruses that may acquire new characteristics of transmission, virulence, and oseltamivir susceptibility. Results from oseltamivir-sensitivity testing on viral culture suggested the possibility of co-infections with oseltamivir-resistant (seasonal A [H1N1]) and -susceptible (pandemic [H1N1] 2009) viruses.

To investigate prevalence and clinical characteristics of klassevirus in South Korea, we performed molecular screening in fecal and nasopharyngeal samples from hospitalized children with gastroenteritis. A total of 26 (8.8%) of 294 fecal samples were positive for klassevirus. Klassevirus may be a possible cause of gastroenteritis.

Nationwide surveillance identified 10 human isolates of methicillin-resistant Staphylococcus aureus clonal complex (CC) 398. Further typing in comparison with animal isolates identified 4 clusters: 1 related to a horse epidemic and 3 to persons who had no direct contact with animals or each other. These findings may indicate unrecognized community transmission.

We studied 47 hepatitis E virus (HEV) isolates from hospitalized patients in Nanjing and Taizhou, eastern China. Genotypes 1, 3, and 4 were prevalent; genotype 3 and subgenotype 4b showed a close relationship with the swine strains in eastern China, thus indicating that HEV genotype 3 had infected humans in China.

An oseltamivir-resistant influenza A pandemic (H1N1) 2009 virus evolved and emerged from zero to 52% of detectable virus within 48 hours of a patient’s exposure to oseltamivir. Phylogenetic analysis and data gathered by pyrosequencing and cloning directly on clinical samples suggest that the mutant emerged de novo.

Etymologia: Toxoplasma [PDF - 171 KB - 1 page]
Page created: September 08, 2011
Page updated: September 08, 2011
Page reviewed: September 08, 2011
The conclusions, findings, and opinions expressed by authors contributing to this journal do not necessarily reflect the official position of the U.S. Department of Health and Human Services, the Public Health Service, the Centers for Disease Control and Prevention, or the authors' affiliated institutions. Use of trade names is for identification only and does not imply endorsement by any of the groups named above.
ScholarOne Submission Portal
Issue Select 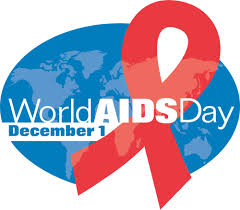