We performed a retrospective case-series study of patients with influenza A (H5N1) admitted to the National Institute of Infectious and Tropical Diseases in Hanoi, Vietnam, from January 2004 through July 2005 with symptoms of acute respiratory tract infection, a history of high-risk exposure or chest radiographic findings such as pneumonia, and positive findings for A/H5 viral RNA by reverse transcription–PCR. We investigated data from 29 patients (mean age 35.1 years) of whom 7 (24.1%) had died. Mortality rates were 20% (5/25) and 50% (2/4) among patients treated with or without oseltamivir (p = 0.24), respectively, and were 33.3% (5/15) and 14.2% (2/14) among patients treated with and without methylprednisolone (p = 0.39), respectively. After exact logistic regression analysis was adjusted for variation in severity, no significant effectiveness for survival was observed among patients treated with oseltamivir or methylprednisolone.

Human infection with the highly pathogenic avian influenza A virus (H5N1) was discovered in Hong Kong Special Administrative Region, People’s Republic of China, in 1997 (1–3). It has since been identified in other countries, primarily in Southeast Asia. Among 100 confirmed infected patients, 46 have died in Vietnam since 2003 (4,5).

The effects of oseltamivir and other neuraminidase inhibitors have been demonstrated in experimental models (11–13), but their outcomes in humans have not been verified. Randomized controlled trials would be optimal for investigating the effectiveness of oseltamivir compared with placebo, but they are not an option because of ethical issues. Therefore, this issue can only be addressed through observational studies. Despite limited empirical evidence, the World Health Organization (WHO) reported that oseltamivir improved survival (14) and recommended treatment with oseltamivir because of high mortality rates associated with influenza A virus (14,15). Patients from northern Vietnam are described in detail.

We investigated patients infected with influenza A virus (H5N1) who were referred to the National Institute of Infectious and Tropical Diseases in Hanoi, Vietnam, from other local hospitals from January 2004 through July 2005. Pediatric patients were admitted to another institution in Hanoi and were excluded from the present study. A WHO inspection team at the National Institute for Hygiene and Epidemiology in Hanoi virologically confirmed H5N1 subtype infection in the patients by using a reverse transcription–PCR (RT-PCR) for influenza A/H5. We investigated only patients with H5N1 subtype infection determined from symptoms of acute respiratory tract infection, a history of high-risk exposure, or chest radiographic findings such as pneumonia. All patients were reported to WHO as having confirmed infection with avian influenza virus (H5N1). We excluded other patients with positive RT-PCR results because of reasons described below. The study was reviewed and approved by the ethics committees at the International Medical Center of Japan and the National Institute of Infectious and Tropical Diseases in Vietnam.

We investigated associations between clinical findings and survival by using univariate analysis. Initial laboratory and chest radiographic findings after hospitalization were recorded in the medical charts and used. The relationship between survival and treatment with oseltamivir or methylprednisolone was investigated by adjusting for factors related to severity in an exact logistic regression analysis, which is appropriate for small amounts or unbalanced binary data (16). Because the study cohort was small, deaths were few and overfitting was possible (17,18); only 1 covariate could be added for adjustment into the logistic regression model. Therefore, we used leukocyte counts, platelet counts, aspartate aminotransferase (AST) levels, and urea nitrogen levels as an adjustment for severity because these values are associated with reported outcomes (14). Also, many missing observations prevented adjustment using albumin levels. Data were analyzed by using the Wilcoxon test, χ2 test, and Fisher exact test when appropriate and the statistical package SAS version 8.2 (SAS Institute, Cary, NC, USA).

Among 41 patients who were hospitalized from January 2004 through July 2005 and had positive RT-PCR results, 12 were excluded from the study (3 patients whose medical records were unavailable; 2 patients related to persons with confirmed H5N1 subtype pneumonia who were asymptomatic, positive for viral RNA, and treated with prophylactic oseltamivir; and 7 patients who had some illnesses, particularly respiratory diseases, which complicated interpretation of the clinical course or chest radiographic findings). We therefore studied 29 patients with clinically and virologically confirmed influenza A (H5N1) infection. 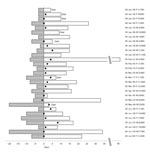 Table 1 shows the general characteristics of the patients, and the Figure shows the clinical course from onset of disease to hospitalization and discharge. Patients ranged in age from 14 to 67 years and with a mean age of 35.1 years. A total of 25 patients were given 150 mg/day of oseltamivir, and 15 were treated with methylprednisolone (initial dose 40–160 mg/day, median dose 80 mg/day). Seven (24.1%) of the 29 patients died. No significant associations were found between mortality rates and age (p = 0.57), sex (p = 0.68), history of high-risk exposure (contact with poultry [p = 1.00], contact with sick poultry [p = 1.00], and contact with sick poultry or persons [p = 1.00]). Three of 6 patients from a family infected with H5N1 subtype died, and 4 of 23 patients without such an association died (p = 0.13). Duration between onset of disease and hospitalization was not associated with higher mortality rates (p = 0.98).

Thirteen patients were treated with oseltamivir and methylprednisolone. The regression model that included these 2 drugs and interactions did not show effectiveness of either drug.

The overall mortality rate of 24.1% in this study was lower than rates in previous studies and WHO reports. Table 3 summarizes the characteristics of patients from previous studies. Patients in the present study were older because pediatric patients were excluded because of treatment elsewhere. WHO has reported that the mortality rate of 73% for infection with H5NI subtype is highest in persons 10–19 years of age, and that patients 20–39 years of age account for >60% of the deaths (22). The expected mortality rate would be 51.8% if our case-patients had the same age-specific mortality rate as in a WHO report (14). The lower mortality rate in our study could not be explained by an age difference. The relatively high leukocyte count and factors related to outcomes suggest that a reasonably large number of mildly infected patients might have been included, although chest radiographs showed variable progression in lesions from mild to severe.

Persons who died were concentrated in the early period of the study, especially in 2004. Virus genotype and load data could provide useful information on pathogenesis and outcome. However, these data were not available.

Factors affecting outcome were leukocyte and platelet counts, and albumin, ALT, and urea nitrogen levels. Results were consistent with previous findings (14) and suggested that outcome is related to lesions in several organs.

Although the mortality rate was lower among patients treated with oseltamivir, differences were not significant. Exact logistic regression after adjustments for laboratory results yielded an odds ratio of 0.15–0.54 for death. The small number of patients prevented valid adjustment, and confounding factors might not have been sufficiently eliminated. A larger patient cohort should be able to adjust for severity of disease.

Higher doses of oseltamivir or longer drug administration have improved outcomes in animal models (23,24). Because all patients in our study were given oseltamivir at a dose of 150 mg/day, we could not investigate the effect of a higher dose.

Our study described patients infected with influenza A virus (H5N1) in Hanoi, Vietnam. These patients had lower mortality rates than those reported in other studies. The reason for the low mortality rate could not be investigated thoroughly without virologic information. Oseltamivir was prescribed in 25 of 29 patients, and their mortality rate was apparently decreased, although the patient cohort was too small to generate sufficient statistical power. In addition, since our study was an observational study, these findings might have been influenced by confounding factors. Further detailed observations from a larger number of patients are required.

Dr Hien is the director general at the National Institute of Infectious and Tropical Diseases in Hanoi, Vietnam. His research interests are clinical practice and research of infectious and tropical diseases.

This study was supported by a research grant (Research on Emerging and Re-emerging Infectious Diseases) from the Ministry of Health, Labour and Welfare, Japan, to K.K.