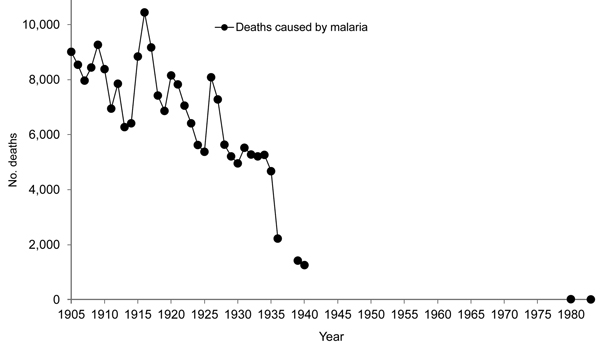 Figure 4. Malaria mortality rates, Venezuela, 1905–1983 (35,36). Arnoldo Gabaldón acknowledged that early malaria mortality rates in Venezuela had inherent limitations compared with rates for countries in temperate zones. The main limitations were deaths that were not registered or cases that were not diagnosed. These limitations were partially due to insufficient numbers of doctors covering the low-density populations and variations in data reporting between states and over time (36). Later estimates are likely of higher quality (35). Other mortality rates reported by Gabaldón and Berti are probably accurate because they are either generalizations or specific data that they likely considered accurate (1,2).

1During much of the period reported in this paper, the historically accurate term was eradication.