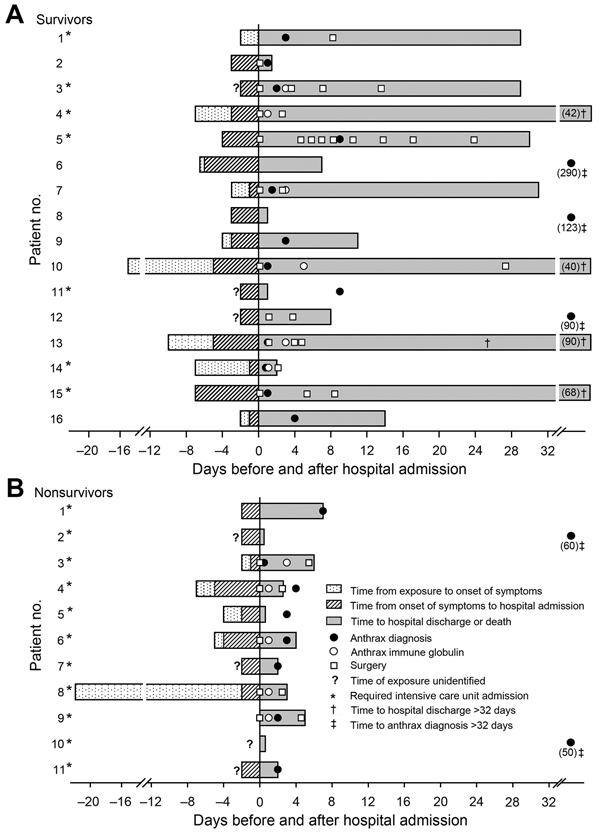 Figure 1. Key events for 16 survivors (A) and 11 nonsurvivors (B) in an outbreak of Bacillus anthracis infection in persons who inject drugs, Scotland, UK, 2009–2010. Patients are numbered in the order in which they sought care. Time period is from patients’ suspected exposure to contaminated heroin to their discharge from hospital or to death. Day 0 is day of hospital admission. ICU, intensive care unit.