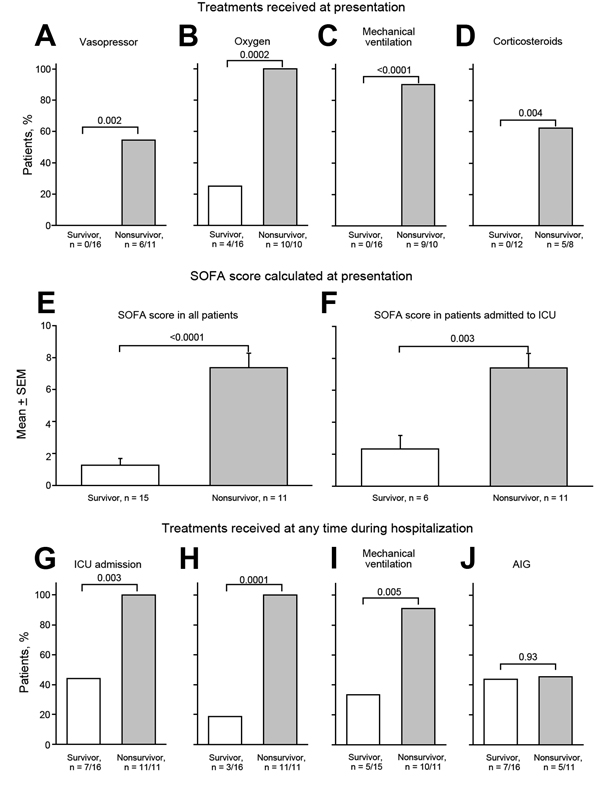 Figure 4. Treatments at time patients sought care, SOFA scores, and treatments anytime during hospitalization of persons who inject drugs and were part of an outbreak of Bacillus anthracis infection, Scotland, UK, 2009–2010. Included are the 27 patients for whom data were available on treatment with vasopressors (A), oxygen therapy (B), mechanical ventilation (C), or steroids (D); the mean (+ SEM) SOFA score calculated within the first 24 h of hospitalization in all patients (E) and in only those who required ICU admission (F); and the proportion of patients at time they sought care who required ICU admission (G) or were treated with vasopressors (H), mechanical ventilation (I), or anthrax immune globulin (J) at any time during hospitalization. For panels A–D and G–J, n = the number of survivors or nonsurvivors receiving treatment/total number for whom data were available. For panels E and F, n = the number of survivors or nonsurvivors for whom SOFA scores were calculated. SOFA, sequential organ failure assessment; ICU, intensive care unit.