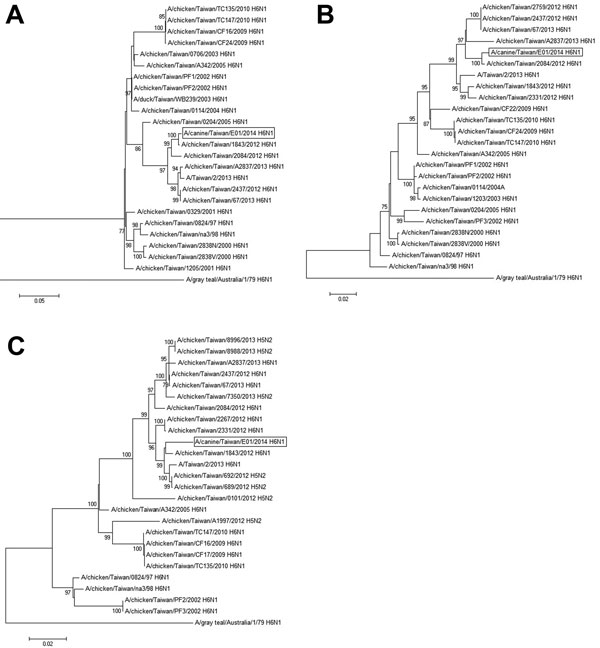 Figure. Phylogenetic relationship between influenza A(H6N1) virus A/canine/Taiwan/E01/2014 isolated from dogs in Taiwan (boxes) and other influenza A virus lineages. Maximum-likelihood analysis with bootstrap analysis was conducted with 1,000 replications. Only branches with bootstrap values >75% are indicated on phylogenetic trees. A) Hemagglutinin, B) neuraminidase, and C) polymerase basic 2 genes of A/canine/Taiwan/E01/2014 are clustered with H6N1 subtype strains isolated in Taiwan during 2012–2013 in Taiwan. Scale bars indicate nucleotide substitutions per site.