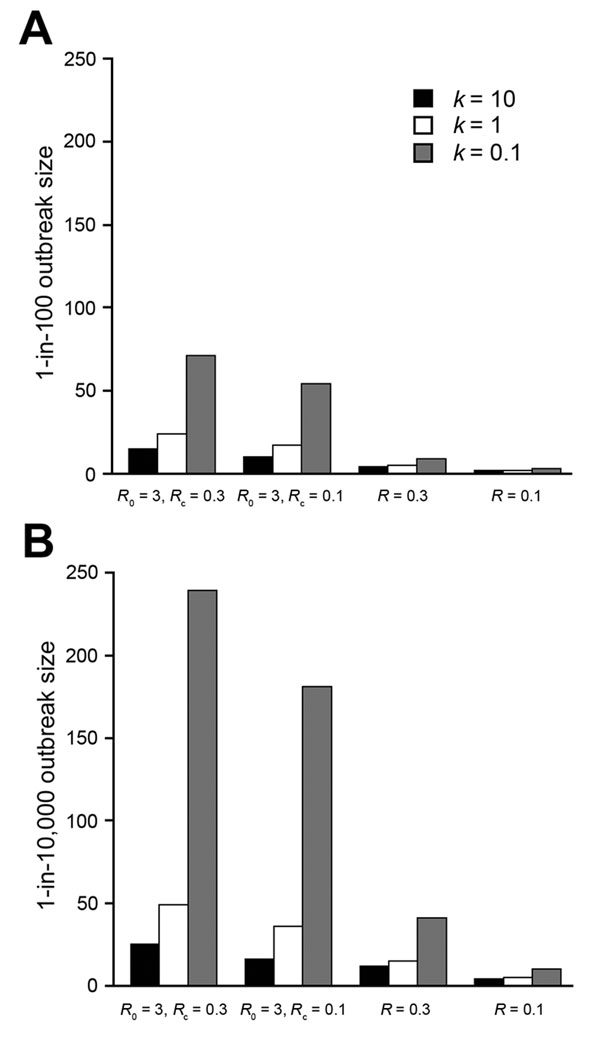 Figure 2. Comparison of worst-case Ebola outbreak sizes after a single-case introduction under different scenarios. Comparisons of the outbreak size expected to be exceeded after A) 1% of introductions and B) 0.01% of introduction of a single initial case, under different assumptions for the reproductive number R and dispersion parameter k. In all cases, higher transmission variability (lower k) leads to higher worst-case estimates. From the R0 = 3, Rc = 0.3 case, reducing Rc to 0.1 for cases after the initial case has less effect than reducing the initial case R0 to 0.3. Reducing both the initial and subsequent cases’ R to 0.1 has a synergistic effect.