Using Big Data to Monitor the Introduction and Spread of Chikungunya, Europe, 2017 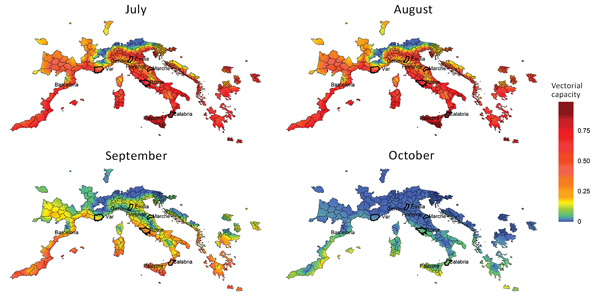 Figure 1. Vectorial capacity estimates based on average temperature conditions in Europe with stable populations of Aedes albopictus mosquitoes around chikungunya outbreak zones, Italy and France, July–October 2017. Heavy outlines indicate the outbreak areas. The vectorial capacity translates to an average basic reproduction number in the range of 2–3 in Anzio and Rome and in the range of 3–4 in Calabria during the months of July and August for an infectious period of 4 days.