Historically, staphylococci, pseudomonads, and Escherichia coli have been the nosocomial infection troika; nosocomial pneumonia, surgical wound infections, and vascular accessrelated bacteremia have caused the most illness and death in hospitalized patients; and intensive care units have been the epicenters of antibiotic resistance. Acquired antimicrobial resistance is the major problem, and vancomycin-resistant Staphylococcus aureus is the pathogen of greatest concern. The shift to outpatient care is leaving the most vulnerable patients in hospitals. Aging of our population and increasingly aggressive medical and surgical interventions, including implanted foreign bodies, organ transplantations, and xenotransplantation, create a cohort of particularly susceptible persons. Renovation of aging hospitals increases risk of airborne fungal and other infections. To prevent and control these emerging nosocomial infections, we need to increase national surveillance, "risk adjust" infection rates so that interhospital comparisons are valid, develop more noninvasive infection-resistant devices, and work with health-care workers on better implementation of existing control measures such as hand washing.

Which Nosocomial Infections Are Emerging?

We have witnessed a cyclical parade of pathogens in hospitals. In Semmelweis's era, group A streptococci created most nosocomial problems. For the next 50 to 60 years, gram-positive cocci, particularly streptococci and Staphylococcus aureus, were the hospital pathogens of major concern. These problems culminated in the pandemic of 1940 to 1950, when S. aureus phage type 94/96 caused major nosocomial problems. In the 1970s, gram-negative bacilli, particularly Pseudomonas aeruginosa and Enterobacteriaceae, became synonymous with nosocomial infection. By the late 1980s and early 1990s, several different classes of antimicrobial drugs effective against gram-negative bacilli provided a brief respite. During this time, methicillin-resistant S. aureus (MRSA) and vancomycin-resistant enterococci (VRE) emerged, signaling the return of the "blue bugs." In 1990 to 1996, the three most common gram-positive pathogens—S. aureus, coagulase-negative staphylococci, and enterococci—accounted for 34% of nosocomial infections, and the four most common gram-negative pathogens—Escherichia coli, P. aeruginosa, Enterobacter spp., and Klebsiella pneumoniae—accounted for 32% (3).

Bloodstream infections and pneumonias have increased in frequency from 1975 to 1996 (Table 2). However, tracking nosocomial infections by site has become difficult in the last few years because of shorter inpatient stays. For example, the average postoperative stay, now approximately 5 days, is usually shorter than the 5- to 7-day incubation period for S. aureus surgical wound infections.

Acquired antimicrobial resistance is the major anticipated problem in hospitals. VRE and MRSA are the major gram-positive pathogens of concern (5,6). P. aeruginosa, Klebsiella, and Enterobacter that harbor chromosomal or plasmid-mediated beta-lactamase enzymes are the major resistant gram-negative pathogens. The contribution of antibiotic resistance to excessive death rates in hospitals is difficult to evaluate, often depending on whether studies are population-based or case-control, but evidence is mounting that antimicrobial resistance contributes to nosocomial deaths.

While bacterial resistance is clearly the major threat, viral and fungal resistance could become important because of the small number of therapeutic options for these pathogens. Herpes viruses with acquired resistance to acyclovir and ganciclovir have emerged as problems, particularly in HIV-infected patients. Pathogens with intrinsic resistance often have lower pathogenicity and have disproportionately affected immunocompromised patients. For example, Candida spp. with intrinsic resistance to azole antifungal agents (e.g., C. krusei) and to amphotericin B (e.g., C. lusitaniae) have emerged as problem pathogens in oncology units.

While we are facing the era of opportunists, including fungi, viruses, and parasites in immunocompromised patients, the one we fear most is the postantibiotic era. The first nosocomial inkling is MRSA with reduced susceptibility to vancomycin (7). Beyond the postantibiotic era lies the era of xenogenic infections as organs, transplanted from nonhuman primates, bring with them a variety of potential zoonotic pathogens. Nevertheless, traditional respiratory pathogens may yet prove to be our greatest challenge; for example, a major shift in strain type (8) could result in devastating pandemic community and nosocomial influenza A outbreaks.

Who Is Affected by Emerging Nosocomial Pathogens?

Nosocomial infections typically affect patients who are immunocompromised because of age, underlying diseases, or medical or surgical treatments. Aging of our population and increasingly aggressive medical and therapeutic interventions, including implanted foreign bodies, organ transplantations, and xenotransplantations, have created a cohort of particularly vulnerable persons. As a result, the highest infection rates are in intensive care unit (ICU) patients. Nosocomial infection rates in adult and pediatric ICUs are approximately three times higher than elsewhere in hospitals. The sites of infection and the pathogens involved are directly related to treatment in ICUs. In these areas, patients with invasive vascular catheters and monitoring devices have more bloodstream infections due to coagulase-negative staphylococci. In fact, most cases of occult bacteremia in ICU patients are probably due to vascular access-related infections. Fungal urinary tract infections have also increased in ICU patients, presumably because of extensive exposure to broad-spectrum antibiotics. In the National Nosocomial Infections Surveillance system, Candida spp. are the main cause of nosocomial urinary infections in ICUs (9).

Why Are Nosocomial Infections Emerging Now?

Second, many hospital personnel fail to follow basic infection control, such as hand washing between patient contacts. In ICUs, asepsis is often overlooked in the rush of crisis care (10).

Third, patients in hospitals are increasingly immunocompromised. The shift of surgical care to outpatient centers leaves the sickest patients in hospitals, which are becoming more like large ICUs (11). This shift has led to the greater prevalence of vascular accessassociated bloodstream infections and ventilator-associated pneumonias.

Other precipitating factors also can be anticipated in hospitals. Transplantation is a double-edged sword because of the combined effects of immunosuppression of transplant patients and of infectious diseases that come with some transplanted organs. The blood supply will continue to be a source of emerging infectious diseases. Moreover, as hospitals age, infrastructure repairs and renovations will create risks of airborne fungal diseases caused by dust and spores released during demolition and construction. Infections due to other pathogens, such as Legionella, may also result from such disruptions.

How Can We Prevent and Control Emerging Nosocomial Infections?

Infection control can be very cost-effective. Approximately one third of nosocomial infections are preventable. To meet and exceed this level of prevention, we need to pursue several strategies simultaneously (12). First, we need to continue to improve national surveillance of nosocomial infections so that we have more representative data. We must assess the sensitivity and specificity of our surveillance and of our case definitions, particularly for difficult-to-diagnose infections like ventilator-associated pneumonia. We also need to develop systems for surveillance of "nosocomial" infections that occur out of the hospital, where much health care is now given.

Second, we need to ensure that surveillance uses are valid. The Joint Commission on Accreditation of Healthcare Organization's ORYX initiative for monitoring health-care processes and outcomes will lead to core indicators and sentinel event monitoring. This initiative will be followed by increased outpatient surveillance, which ultimately may lead to systemwide real-time surveillance and reporting. Because we want to use nosocomial infection rates as a core indicator of quality of care, we need to improve our ability to "risk adjust" infection rates so we know that our interprovider and interhospital comparisons are valid. Risk stratification will ultimately depend on organic-based computer systems that will mimic biologic events.

Third, many of our successes in controlling nosocomial infections have come from improving the design of invasive devices. This is particularly important given the marked increase in frequency of vascular access–associated bloodstream infections, particularly in ICU patients. Given the choice of changing human behavior (e.g., improving aseptic technique) or designing a better device, the device will always be more successful. Of particular importance is the development of noninvasive monitoring devices and minimally invasive surgical techniques that avoid the high risk associated with bypassing normal host defense barriers (e.g., the skin and mucous membranes).

Fourth, forestalling the postantibiotic era will require aggressive antibiotic control programs (13); these may become mandated for hospitals that receive federal reimbursements, as happened in the past with infection control programs. Risks for antibiotic-resistant strains also may be reduced in the future by controlling colonization through use of immunization or competing flora.

Fifth, antimicrobial resistance problems and the advent of xenotransplantation emphasize the importance of newer microbiologic methods. For investigation of outbreaks of multidrug-resistant pathogens, pulsed-field gel electrophoresis has become a routine epidemiologic tool (14). Molecular epidemiologic analysis also may help us better understand the factors that lead to the emergence of resistant strains. For diagnosis of syndromes caused by unusual pathogens, representational difference analysis and speciation by use of the pathogen's phylogenetic r-RNA "clock" may become routine.

Sixth, control of tuberculosis (TB) in hospitals is an excellent example of the successful collaboration of the infection control community, CDC, and regulatory agencies. But we can anticipate that the Occupational Safety and Health Administration may have many new employee health issuesbeyond TB and bloodborne pathogensto evaluate in hospitals, such as health problems related to exposure to magnetic fields, to new polymers, and to medications that contaminate the environment. Problems of mental stress due to unrelenting exposure to pagers, faxes, e-mail, holograms, and telephonic implanted communicators will require special attention.

Several enduring truths characterize the field of infection control. Hospitals will become more like ICUs, and more routine care will be delivered on an outpatient basis. Given the choice of improving technology or improving human behavior, technology is the better choice. All infection control measures will need to continue to pass the test of the "four Ps" (15): Are the recommendations Plausible biologically (e.g., is it likely to work)? Are they Practical (e.g., are they affordable)? Are they Politically acceptable (e.g., will the administration agree)? And, will Personnel follow them (e.g., can they and will they)? 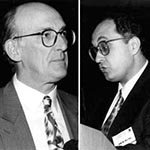 The major advances in overall control of infectious diseases have resulted from immunization and improved hygiene, particularly hand washing. We must work with hospital personnel on better implementation of existing infection control technologies so that we will not need to rely solely on technologic advances (Figure).