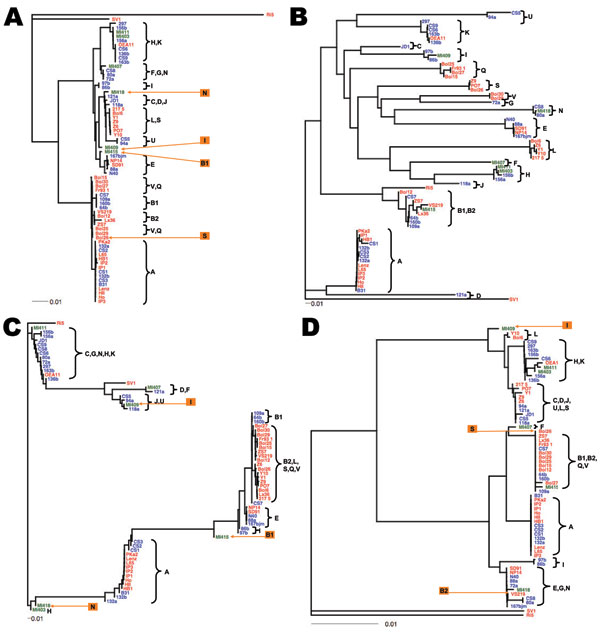 Figure 1. Gene trees showing nucleotide sequence clusters of 68 Borrelia burgdorferi isolates at 1 chromosomal locus (panel A: rrs-rrlA spacer, or intergenic spacer [IGS]) and 3 plasmid loci (panels B, C, and D: ospC on cp26, dbpA on lp54, and BBD14 on lp17, respectively). Trees were inferred based on nucleotide sequence alignments and were rooted by using the Ri5, SV1, or both, sequences as outgroups. The DNADIST and neighbor-joining programs of the PHYLIP package (33) were used for distance calculation and the APE software package (34) was used for tree plotting. Isolates were grouped as clonal groups (A through U), which are named by their typical ospC alleles. Five isolates (Bol26, VS219, MI409, MI415, and MI418) showing atypical allelic associations with ospC alleles, likely caused by recombination, were labeled in orange. Red, European isolates; blue, northeastern US isolates; green, midwestern US isolates. Scale bars indicate number of nucleotide substitutions per site.