Forest Fragmentation as Cause of Bacterial Transmission among Nonhuman Primates, Humans, and Livestock, Uganda 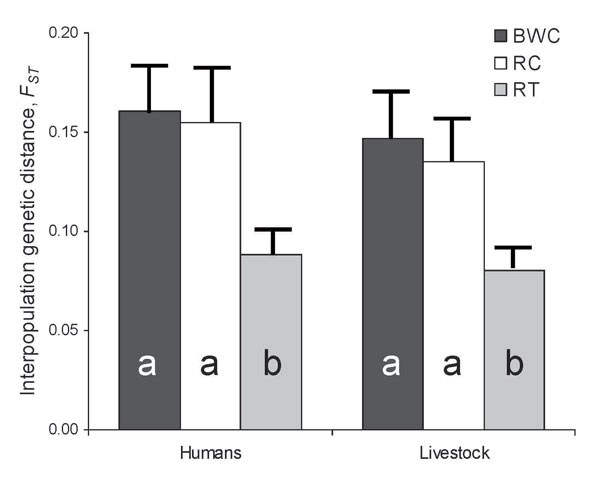 Figure 3. Interpopulation FST values between Escherica coli from humans in villages associated with 3 forest fragments near Kibale National Park, Uganda, and E. coli from livestock and primates in the same village or fragment, respectively. FST values between humans in each village and primates in undisturbed locations within Kibale National Park are shown for comparison. Error bars represent standard errors of the mean, estimated from bootstrap analyses with 1,000 replicates. Different letters within bars indicate statistically significantly different FST values (exact probabilities <0.05).