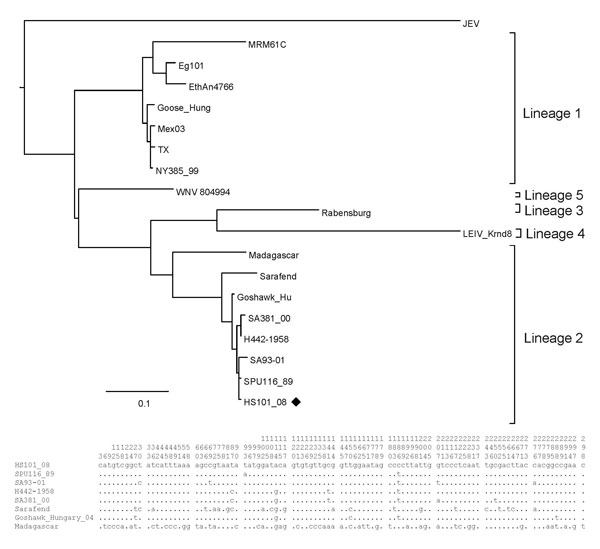 Figure 3. Maximum-likelihood analysis of the E-protein region of a West Nile virus isolate, HS101_08 (black diamond), recovered from horses in 2008 compared with isolates obtained from humans and animals from South Africa and other regions of the world. Nucleotide differences between lineage 2 strains included in the alignment are shown in the summarized alignment below the tree, indicating only unique nucleotides. Vertical numbers above the alignment indicate the position of each variable site on the gene fragment. Scale bar indicates nucleotide substitutions per site.