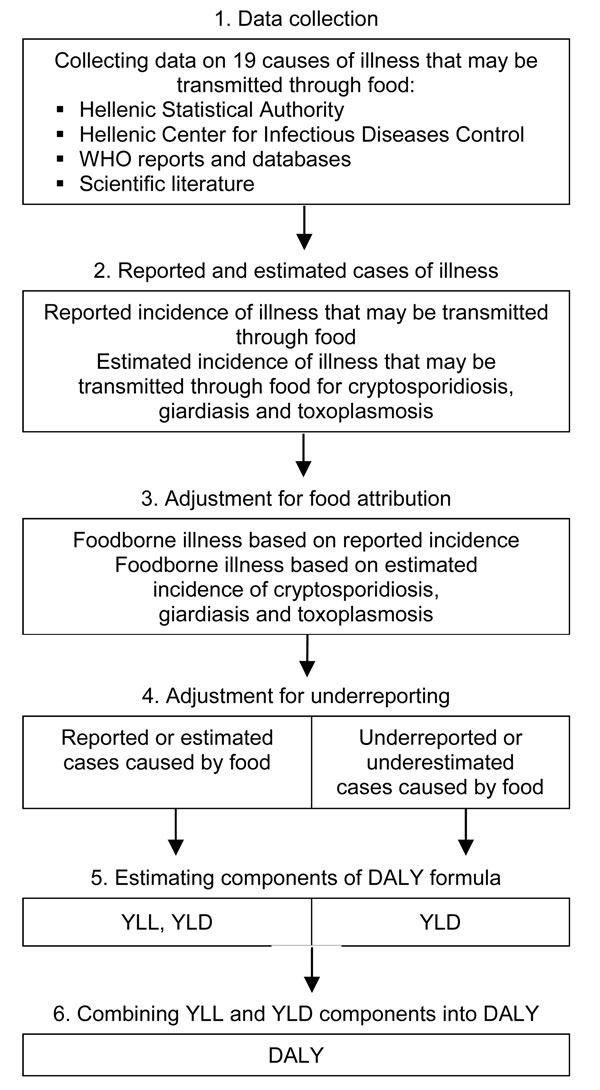 Figure 1. Working scheme for estimating the incidence and effects of foodborne illness in Greece. For cryptosporidiosis and giardiasis, because estimated cases are on the same level of the surveillance pyramid as reported cases, the cases occurring in the community (underestimated cases) were based on underreporting factors suitable for these pathogens. In the case of toxoplasmosis, disability-adjusted life years (DALY) are calculated only on the basis of estimated cases which cover the entire population. WHO, World Health Organization; YLL, years of life lost caused by premature death in the population; YLD, years lived with disability for incident cases of the health condition.