Avian hepatitis E virus (aHEV) is a causative agent of big liver and spleen disease (BLSD) in chickens (1), which manifests itself, as its name indicates, by hepatosplenomegaly. The etiologic association has been demonstrated worldwide, including Australia, North America, Asia, and Europe (2,3). In Hungary, BLSD was observed during the 1980s, but association of the disease with hepatosplenomegaly was not made in Hungary until 2008 (4,5). Ivanics et al. (5) reported outbreaks of aHEV infection and increased deaths of chickens caused by hepatitis and splenitis and reduced egg production in chicken flocks in Hungary. Tissue samples from chickens collected during 2010 were positive for aHEV by reverse transcription PCR (RT-PCR) (6,7). Paired samples indicated seroconversion upon inoculation as measured by serologic assay, strongly suggesting an etiologic association between BLSD and aHEV infection in the affected chicken flocks (5).

aHEV is ≈50% similar at the genomic level to mammalian HEV genotypes; recent proposals classify aHEV into a different taxon, possibly a new genus, within Hepeviridae. GenBank now includes 5 full or nearly complete aHEV genome sequences that could be classified into 1 of the 3 recognized aHEV genotypes. These 5 prototype strains with full or nearly complete genome sequences include a genotype 1 strain from Australia, 2 genotype 2 strains from the United States, and 2 genotype 3 strains from Europe and the People’s Republic of China (6,8–10). Additional putative genotypes have been identified through analysis of an ≈130-nt fragment of the helicase domain, suggesting that diversity within aHEV is higher than recognized (11). Our primary objective was the genetic characterization of an aHEV strain from the 2010 outbreak in Hungary to increase understanding of the origin and evolution of these emerging pathogens.

The final assembly was 6,543 bp (GenBank accession no. JN997392), with negligible amounts of missing information at the 5′ (75 nt) and 3′ ends preceding the poly A tail (36 nt). Nucleotide and deduced amino acid sequences of HUN-16773–2010 aligned well with the other 5 prototype aHEV strains. The nearly complete coding sequence (1,515 aa) with a missing 17-aa region was determined for ORF1. Predicted functional domains (12) were identified. The sequence similarities (Megalign; DNASTAR Inc., Madison, WI, USA) of ORF1 in comparison with genotypes 1–3 aHEV strains were 81.0%–83.9% at the nucleotide level and 93.0%–95.4% at the amino acid level.

Unique amino acid changes in the ORF1 of HUN-16773–2010 were found in 16 positions compared with the European prototype aHEV strain (not shown) (6). ORF2 encodes the 606-aa capsid protein. Similarities to prototype aHEV strains were 83.9%–87.3% at the nucleotide level and 98.2%–99.3% at the amino acid level. We observed 2 unique amino acid substitutions in positions A53S and Q/M473T, the second residue located within antigenic region II (6). ORF3 encoded an 87-aa polypeptide. This region also shared high (>92%) nt and (>90%) aa similarities with genotype 1–3 aHEVs. 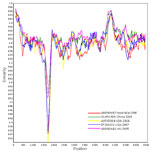 Figure A1. . . . Genomewide similarity of HUN-16773-2010 to 5 other avian hepatitis E virus (aHEV) strains with nearly complete genome sequences, 1 each belonging to genotypes 1–3. Sequences were analyzed with...

When analyzing the nearly complete genome sequences, we found that strain HUN-16773–2010 shared moderate similarity to genotypes 1–3 aHEV strains (nt, 81.9%–84.9%). Similar ranges of genome sequence similarity (nt, 81.8%–82.7%) distinguish prototype aHEV strains from each other. Using SimPlot analysis (http://sray.med.som.jhmi.edu/SCRoftware/simplot), we observed this moderate nucleotide similarity of HUN-16773–2010 to the 5 prototype strains along the entire genome (Figure A1), except the near-central region of ORF1, which showed less similarity among aHEV strains; this region encodes the hinge region flanking the papain-like protease and the X domain. Similarity in the genome was highest in the 5′ end of the genome and the overlapping region of ORF2 and ORF3. We found no evidence for recombination between HUN-16773–2010 and genotypes 1–3 strains (13), demonstrating that this strain was not generated through recombination from prototype aHEVs.

Figure. . . . Genomic structure of HUN-16773-2010 and 5 other avian hepatitis E virus (aHEV) strains. A) Neighbor-joining tree constructed from the nucleotide sequences (14) of the nearly complete...

Maximum-likelihood and neighbor-joining trees were constructed with the substitution model of Tamura and Nei, including gamma distribution shape (G) parameter (TN93+G) as implemented in MEGA 5 (14); 500 bootstrap replicates were used to test the reliability of the tree topology. Phylogenetic analysis of the nearly complete aHEV genome revealed 4 major clusters, where genotypes 1–3 strains formed previously recognized branches (10); the aHEV strain, HUN-16773–2010, appeared to form a fourth cluster (Figure, panel A). To determine whether HUN-16773–2010 shared genetic relatedness in the partial helicase gene with recently identified variants of European aHEV strains (11), we reanalyzed this region by using a larger sample set. Our data reaffirmed that HUN-16773–2010 forms an independent branch (not shown).

To identify the evolutionary driving forces beyond the heterogeneity of aHEV genomes, we individually ran the alignments of all 3 ORFs on the DataMonkey server by using the random effects likelihood method (www.datamonkey.org). Evidence for strong selection pressure was found at the hinge region of ORF1 involving 17 sites between amino acid positions 556 and 605 (Figure, panel B). However, 905, 384, and 3 sites within ORF1, ORF2, and ORF3, respectively, were under purifying selection across aHEV genotypes.

Various genotypes of aHEV have been proposed to represent clusters of strains typical for particular geographic locations. However, new evidence has shown that some genotypes could be present on different continents (6,10,11). For example, although Australia seemingly remained the only continent with genotype 1 aHEV, different genotypes could be endemic to the Americas and particularly Europe, and these areas could show strain diversification. The origin of the novel aHEV strain in Hungary remains enigmatic; understanding its recent emergence awaits analysis of further isolates within and outside Europe.

Purifying selection was a key mechanism in the evolution of aHEV, suggesting the existence of a strong structural and functional constraint against diversification that would lead to extensive amino acid changes within the 3 ORFs in aHEV strains. In contrast, positive selection was predicted primarily in the hypervariable hinge region flanking the protease and X domains in ORF1. The biological role of this observation is not clear. However, recent findings have demonstrated that this region might be responsible for differences in replication efficiency (15). Thus, the positive evolutionary selection in this region could directly affect viral fitness and influence the pathogenesis of aHEV infections.

We provided further evidence for the marked sequence diversity among aHEVs by providing the nearly complete genome sequence of a strain identified during a BLSD outbreak in Hungary. Additional aHEV genomes could facilitate more penetrating insights into their epidemiologic features and evolutionary mechanisms and also could serve as molecular bases for reliable and robust demarcation criteria in future classification proposals.

Dr Bányai is the leader of Pathogen Discovery Group at Veterinary Medical Research Institute, Hungarian Academy of Sciences. His research interests include emerging and zoonotic diseases relevant to public health and veterinary medicine.

K.B. was supported by the “Lendület” Initiative of the Hungarian Academy of Sciences.

Page created: June 28, 2012
Page updated: June 28, 2012
Page reviewed: June 28, 2012
The conclusions, findings, and opinions expressed by authors contributing to this journal do not necessarily reflect the official position of the U.S. Department of Health and Human Services, the Public Health Service, the Centers for Disease Control and Prevention, or the authors' affiliated institutions. Use of trade names is for identification only and does not imply endorsement by any of the groups named above.