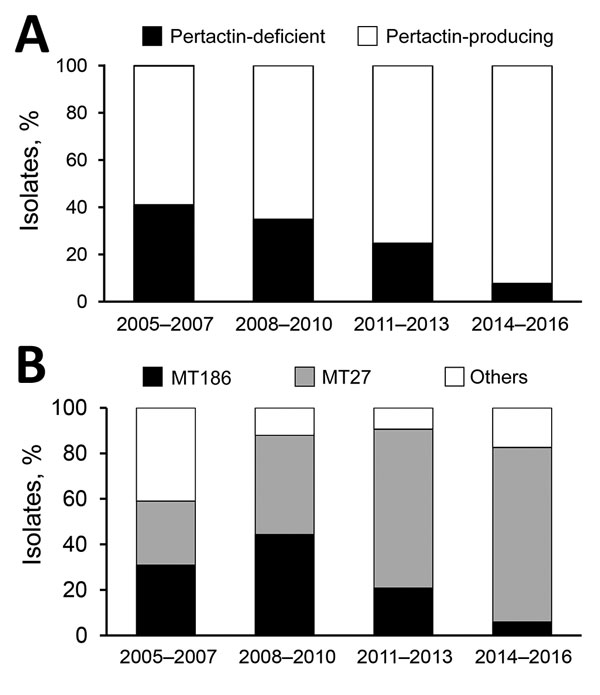 Figure. Temporal trends in the frequency of pertactin-deficient isolates and changes in multi-locus variable-number tandem repeat analysis types (MTs) in the Bordetella pertussis population in Japan. Pertactin production (A) and MTs (B) were analyzed for 232 B. pertussis isolates collected from January 2005 through June 2016. The frequencies of pertactin-deficient isolates and 2 major MTs (MT27 and MT186) are shown by time period. For convenience, minor MTs (MT194, MT224–226, and MT314–316) are included as “others.”