We describe a hospital-based outbreak caused by multidrug-resistant, Klebsiella pneumoniae carbapenemase 3–producing, mcr-1–positive K. pneumoniae sequence type 45 in Portugal. mcr-1 was located in an IncX4 plasmid. Our data highlight the urgent need for systematic surveillance of mcr-1 to support adequate therapeutic choices in the nosocomial setting.

Infections with carbapenemase-producing Enterobacteriaceae (CPE), such as Klebsiella pneumoniae, have been increasing since 2011 in hospitalized patients in several countries in Europe, especially those with high resistance rates (https://ecdc.europa.eu/sites/portal/files/documents/antibiotics-EARS-Net-summary-2016_0.pdf; https://ecdc.europa.eu/sites/portal/files/documents/AMR-surveillance-Europe-2016.pdf). The emergence of mobilized colistin resistance (MCR) genes is particularly concerning because colistin is being intensively used as a last resource antimicrobial drug for treating CPE infections (1,2). In Europe, sporadic clinical CPE isolates with mcr-1 have been reported (3,4). Because CPE has increased at an alarming pace in Portugal (5,6), we evaluated the occurrence of mcr-1 among CPE isolated from patients admitted to Centro Hospitalar do Porto, a tertiary and university hospital in Porto, Portugal. 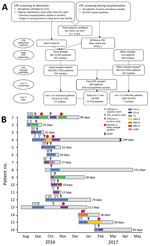 Figure 2. Alignment of representative mcr-1–harboring IncX4 plasmids from different isolation sources and geographic regions. The mcr-1–harboring plasmid pAN_M1A was used as a reference plasmid. The outermost circle is an annotation of the...

We identified 24 carbapenemase-producing and MCR-1–producing K. pneumoniae isolates from samples collected during September 2016–February 2017 from 16 hospitalized patients (Figure 1, panel B). Seventeen isolates were colonizers (i.e., bacteria of the patients’ gastrointestinal tract), and 7 were from other parts of the body (3 urine, 2 blood, 2 other biologic fluids) (Table). We recovered 1–4 isolates/patient; 10 colonizing isolates were from intensive care units. Patients (9 men, 7 women) were 50–87 years of age, and their clinical history included prolonged hospitalization (median 47 d, range 12–151 d); complicated conditions; and, for many, surgical interventions, immunosuppression, or previous antimicrobial drug use (usually β-lactams) favoring infection or colonization by multidrug-resistant (MDR) mcr-1–positive strains (10). Fecal samples were negative for CPE at admission (14/16 patients screened) and for a median of 15 (range 3–94) days after admission (Figure 1, panel B). Five patients had 1 or 2 extraintestinal infections with an MCR-1–producing isolate, sometimes with an isolate identical to one previously detected in their gastrointestinal tract.

Colistin use and travel abroad were not recorded for any patient before mcr-1 detection; however, 5 of the 16 patients had been hospitalized in the previous 6 months. Patients were treated for CPE infection with colistin and a carbapenem, which was supplemented with fosfomycin, tigecycline, or piperacillin/tazobactam depending on clinical criteria. We missed colistin resistance initially because we used conventional antimicrobial susceptibility tests VITEK 2 (bioMérieux, Marcy l’Etoile, France) and Etest (bioMérieux), which are unreliable at detecting colistin resistance. Adequate colistin resistance monitoring (http://www.eucast.org/fileadmin/src/media/PDFs/EUCAST_files/General_documents/Recommendations_for_MIC_determination_of_colistin_March_2016.pdf) and mcr-1 screening for CPE isolates was implemented in July 2017.

Isolates carrying mcr-1.1 were resistant to colistin (MIC 4–8 mg/L), produced K. pneumoniae carbapenemase 3 (KPC-3), and most (79%) produced CTX-M-15 β-lactamase. Besides 100% resistance to third and fourth generation cephalosporins and monobactams, K. pneumoniae isolates were also frequently resistant to nalidixic acid (100%), ciprofloxacin (96%), tigecycline (96%), tetracycline (92%), tobramycin (88%), gentamicin (88%), fosfomycin (83%), trimethoprim/sulfamethoxazole (79%), and chloramphenicol (67%) (Table). All isolates were susceptible to amikacin (which was contraindicated for some patients because of renal insufficiency) and ceftazidime/avibactam (which was not available).

In all mcr-1–positive isolates, the gene was located in an IncX4-type plasmid (Figure 2). Comparative genomics revealed that this plasmid (pAN_M1A) is circulating among diverse hosts (humans, pig, poultry) and the environment in many different countries, including Portugal (11). We identified blaKPC-3 in a Tn4401d isoform in an ≈58-kb IncN-ST15 plasmid, a minority platform in our previous survey (5); blaCTX-M-15 was associated with multireplicon plasmid IncFIIK-FIA-FIB. We deposited this whole-genome shotgun project at DDBJ/European Nucleotide Archive/GenBank under accession no. PEHI00000000.

We found that 5.7% (16/283) of hospitalized patients had gastrointestinal tracts colonized with mcr-1–positive CPE, and in 1.8% (5/283) of these patients, an infection developed; these rates are comparable with those reported in China (up to 6.2% for fecal colonization, 1% for infections) (10,12). In China, only 1 outbreak involving mcr-1–carrying clinical isolates has been reported (13), and in Europe, a low occurrence (<1%) and sporadic clinical cases have been reported (3,4). Colistin is a critical last resource antimicrobial drug; prolonged carriage of mcr-1–positive MDR strains (especially by patients at discharge) represents a risk for subsequent infections and dissemination to other Enterobacteriaceae species. Of note, identifying CPE asymptomatic carriers at discharge is a practice recommended in Portugal, though not mandatory.

Considering the absence of CPE at admission, nosocomial acquisition and in-hospital dissemination of KPC-3–producing strains carrying mcr-1 is plausible; however, we cannot rule out that other K. pneumoniae lineages or Escherichia coli might have been the source of mcr-1. Although the prevalence of colonization of humans by mcr-1–positive strains is unknown in Portugal, previous detection of mcr-1 in livestock, such as K. pneumoniae ST45 in pigs, suggests transmission through the food chain and wider dispersion of MCR-1–producing Enterobacteriaceae (8,11,14,15).

We report the emergence of mcr-1 in MDR KPC-3–producing K. pneumoniae associated with an unnoticed outbreak. High rates of CPE and colistin use (2,5,6) together with an ongoing community-based dissemination of mcr forebodes future similar events. Our data stress the need for a concerted action involving different professionals and healthcare institutions to monitor and contain the spread of mcr across human and veterinary niches, the food chain, and the environment.

Ms. Mendes is a biomedical scientist in the Microbiology Service and Molecular Biology Unit at Centro Hospitalar do Porto (Porto, Portugal). She is currently pursuing her doctorate, with research interests in molecular epidemiology of multidrug-resistant Enterobacteriaceae.