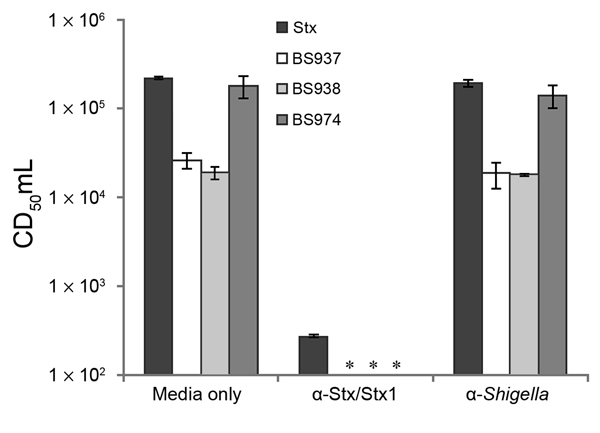 Figure 1. Shiga toxin 1a (Stx1a) is produced and released from stx1a–encoding Shigella flexneri isolates. Overnight supernatants from BS937, BS938, and BS974 were serially diluted 10-fold in medium alone, medium containing anti-Stx/Stx1a antiserum, or antiserum against whole cell lysates of S. flexneri. After 2 hours of incubation, samples were analyzed in a Vero cell cytotoxicity assay. Stx from S. dysenteriae 1 was included as a positive control. CD50/mL is defined as the reciprocal of the dilution of Stx1 that kills 50% of Vero cells. *CD50/mL was below the level of detection. Data are averages of 3 independent experiments. Error bars indicate standard error. α indicates anti.