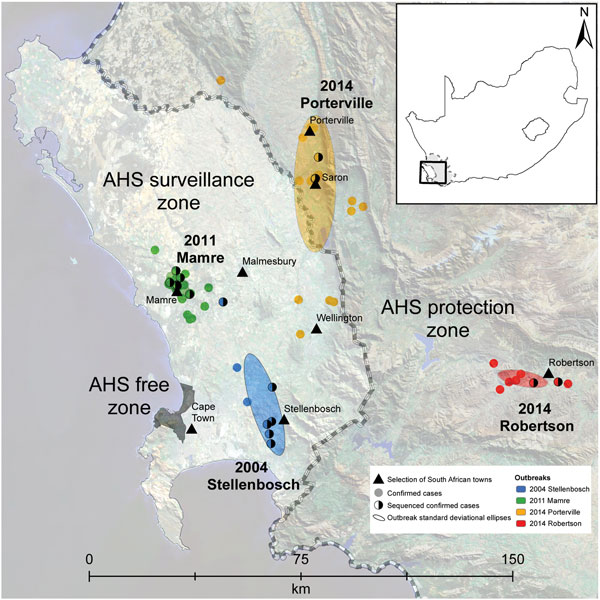 Figure 1. Locations of African horse sickness (AHS) outbreaks in Western Cape Province, South Africa, 2004–2014, including the spatial distribution of each of the AHS virus type 1 outbreaks that have occurred in the AHS controlled area since 1997. The AHS controlled area (shown in inset) is the combination of the AHS free, AHS surveillance, and AHS protection zones (also shown). Individual confirmed cases of AHS are indicated by solid dots. Half-shaded dots indicate confirmed cases for which samples were sent for sequencing (as opposed to confirmed cases that were not sequenced). The directional distribution of each outbreak is indicated by ellipses based on SD.