Middle East Respiratory Syndrome (MERS) is caused by the virus MERS-CoV. Scientists do not fully understand how the virus spreads. It is likely that a person infected with the virus spreads it to others when they cough or sneeze. The virus spreads through the air to people very near the sick person, such as people who live with or care for them.

The link between camels, humans, and MERS is unclear, but touching camels or being around camels or their products (urine, milk, etc.) may make a person more likely to get MERS.

Common MERS symptoms include fever, cough, and shortness of breath. Some people also get diarrhea, nausea, and vomiting. Severe complications include pneumonia and kidney failure. MERS can cause death, but most people who die have an existing illness or disease such as diabetes, cancer, lung disease, heart disease, or kidney disease.

Who can get MERS? 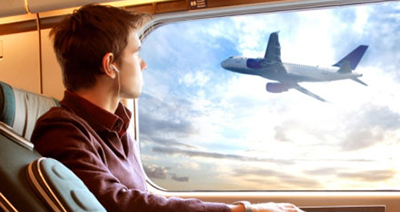 Find health recommendations for your destination

Though MERS is rare, travelers to countries on or near the Arabian Peninsula can get sick. These countries include Bahrain, Iraq, Iran, Israel, the West Bank, and Gaza, Jordan, Kuwait, Lebanon, Oman, Qatar, Saudi Arabia, Syria, the United Arab Emirates (UAE), and Yemen.

People who are around people infected with MERS-CoV can get sick.

What can travelers do to prevent MERS?

There is no vaccine to prevent MERS, but there are steps you can take to protect yourself.

People with diabetes, kidney failure, or chronic lung disease, and people with weakened immune systems may be more likely to get severe MERS. People with these health conditions may want to:

If you traveled and feel sick, particularly if you have a fever, talk to a healthcare provider and tell them about your travel. Avoid contact with other people while you are sick.