Plague is a disease that is usually spread through bites from infected fleas. Plague can also be spread by touching infected animals. Rarely, contact with a person with plague can also spread the disease. There are three types of plague: bubonic, pneumonic, and septicemic. The table below describes how these types of plague are spread and what the symptoms are for each.

Each year, 1,000–2,500 people get plague across the world. Plague is seen in certain regions of Africa, central Asia, the Indian subcontinent, the northern part of South America, and parts of the southwestern United States. Although rare, urban outbreaks of plague have been reported in Mahajanga, Madagascar. However, the risk to travelers is low and is usually restricted to rural areas. Only 1 case of plague associated with international travel has been reported in the United States in the past 20 years.

What can travelers do to prevent plague?

There is no vaccine or medicine that prevents plague that is sold in the United States. 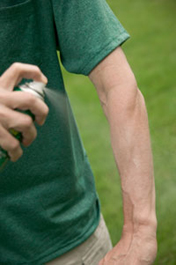 If living in the area with plague, you may need to take these additional steps:

If you feel sick and think you may have plague: